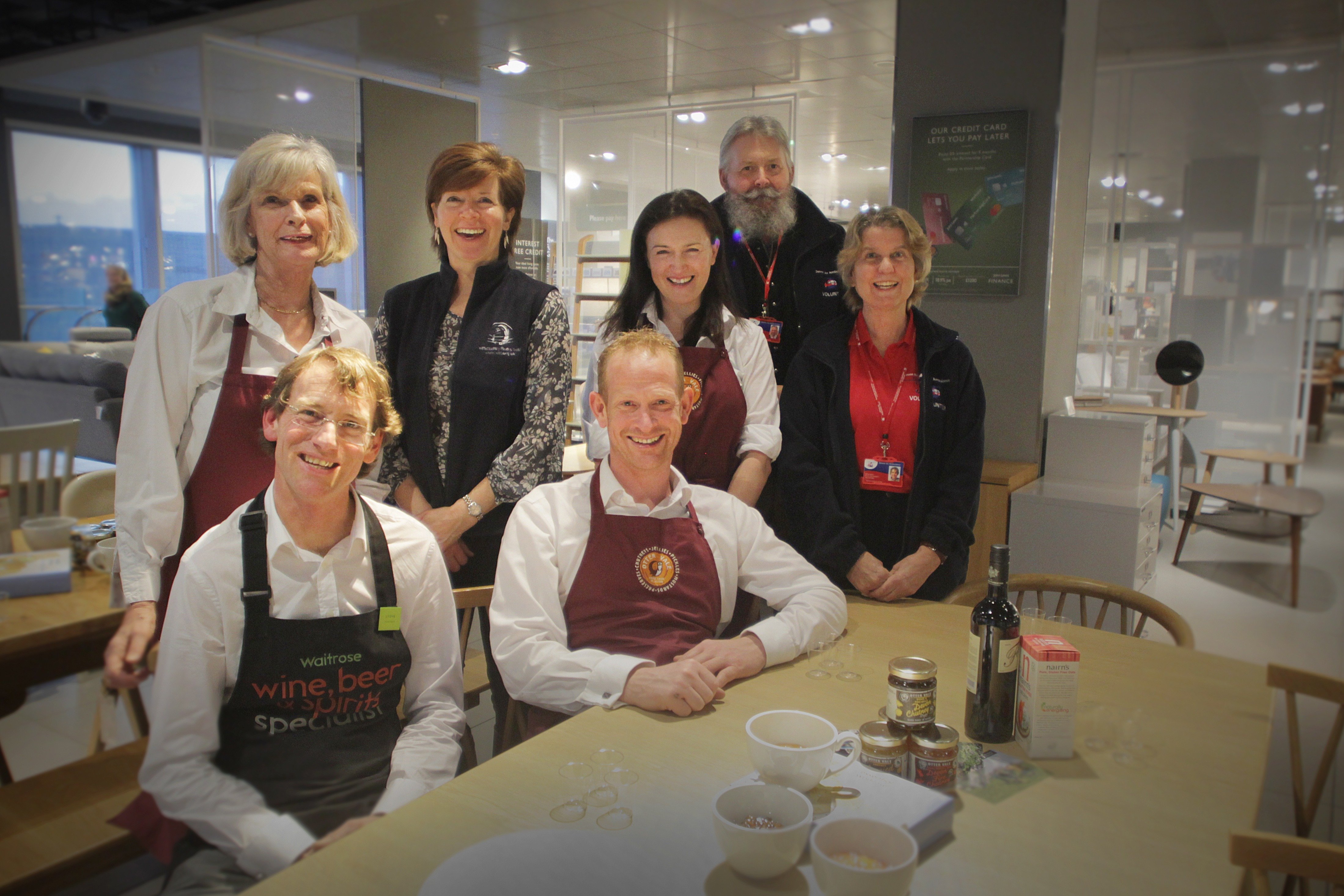 What a night! JohnLewis & Partners Exeter, in conjunction with Waitrose & Partners Exeter, welcomed over 1,000 members of the Devon Federation of Women’s Institutes for a special event evening of tastings, demonstrations and general merriment yesterday evening. And what an atmosphere there was! The night seemed to be enjoyed by all, with goodie bags, beauty treatments, technology demos, gin tastings and more putting smiles on all the faces.

Otter Vale have supplied a number of Waitrose stores with a selection of chutneys for 18 years now, and we have always been strongly supported by their local producer champions. Steve Minnican, wine specialist and local producer champion at Waitrose and Partners Exeter, knows how much we enjoys running tasting sessions in the Heavitree store. So we were delighted when they offered us an opportunity to celebrate our 40th anniversary of Devon Chutney by joining them for a wine and chutney tasting as part of this evening.

Waitrose & Partners and John Lewis & Partners kindly extended their hospitality to include stands from the charities we are supporting in our 40th anniversary as a thank you to our roots: The Westcountry Rivers Trust, who are celebrating their own 25th anniversary, and the Devon Air Ambulance Trust. Representatives from both charities were on hand to engage with the many ladies who visited, and also helped us out when the wine and chutney tasting became somewhat overrun!

Steve said: “We have known Otter Vale Produce for about eight years and it is always a pleasure to work with them.
“As they celebrate their 40th anniversary, they are also supporting charities Westcountry Rivers Trust and Devon Air Ambulance Trust.
“This is the first Women’s Institute event of its kind for us and John Lewis and Partners at the Exeter store and we hope to hold more like this.”

It was a great night, and both Steve Hazel and Chris Laxon spoke on their respective subjects to a huge number of guests throughout the night. Chris talked about the history of Otter Vale, how we grew from the Budleigh Salterton Pâté Company, and about the selection of chutneys on offer. We served up Devon Chutney (onion & pineapple); our original and most popular chutney; Devon Fire Chutney, the hot one; and Curried Peach, which found a new group of admirers last night!

We were thrilled that the wine and chutney tastings proved so popular. Fortunately we’d brought lots of chutney, “just in case”, and as we squeezed in extra sittings due to almost-overwhelming demand, we were exhausted but happy at the end of the evening.

Huge thanks to Steve and Matt from Waitrose & Partners, Exeter; and to Elaine and the team at John Lewis & Partners, Exeter for their invitation and hospitality. A big thank you as well as to everyone at the Westcountry Rivers Trust and the volunteers David and Gillian from the Devon Air Ambulance Trust for being there to support us and helping out. And of course, thank you so much to the wonderful and lively ladies of the Devon Federation of Women’s Institute for the incredible atmosphere they created and we savoured last night.