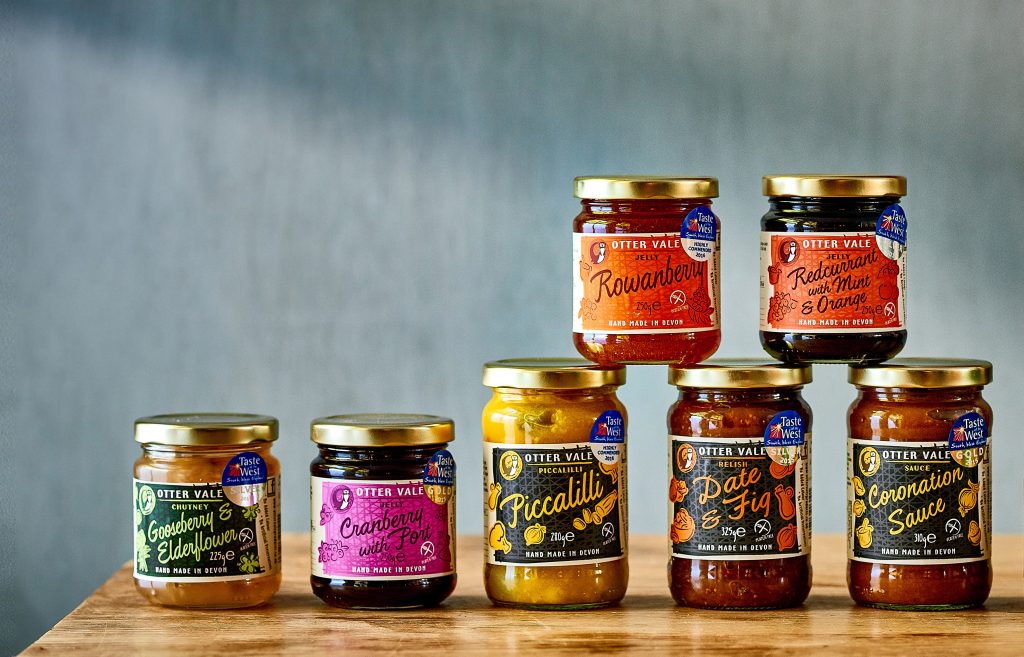 The history of Otter Vale is proudly Devonian and family-based, and this is clearly reflected in our people, our products and the character of our company.

Before making the preserves and condiments we are known for today, our story started with some altogether different products, and was intertwined with two famous Budleigh businesses: The Kitchen Shop and the Budleigh Salterton Pâté Company.

On returning home from the Second World War, a certain Major Scott brought back a secret recipe for a renowned pâté, passed on to him by the chef of his hotel in Strasbourg, and he began to manufacture it from a shop in Fore Street, Budleigh.  In 1969, the business expanded to include The Kitchen Shop, selling a comprehensive range of kitchen equipment, and a large “Pâté by Post” enterprise. The Major was said to have been a familiar figure in the locality, delivering pâté on his bicycle.

Around this period, the Laxon family made their appearance when Mr Seymour Laxon (Ben’s grandfather), joined the venture.  He bought new premises on Perriam’s Place in 1972 and employed local people to produce and distribute the pâté. In 1979 Mr Graham Worrall, who had been a food production manager supplying the business, purchased the company as a going concern, renting the premises from the Laxon family.

Graham increased the pâté range, distribution network and employed more local members of staff.  With a wealth of knowledge of the pickles, preserves and wider food industry, Graham branched out and began experimenting with recipes in the kitchen, and so Otter Vale Products was born.  In 1979, the first batch of Onion & Pineapple Chutney was made to his satisfaction, and this “Devon Chutney” quickly became a firm favourite throughout the region.

1982 saw the first production of Christmas puddings on site. A number of schoolboys came to work at Otter Vale through the years.  One of the best known is George Hollywood, the man behind Georgie Porgie’s Puddings. From his premises at South Farm, Budleigh Salterton, George continues the to make the Christmas puddings first manufactured at Perriam’s Place, and still maintains great connections and collaborations with the Laxon family.

In 1990 the pâté business was sold and, having gone through a cycle of owners, is still made today in Station Road, Budleigh Salterton and remains much sought-after.  We still get a number of phone calls and email enquiries about it in the run up to Christmas, and are happy to point people to local suppliers.

By mid-1995, Jon Laxon, was running his own (unrelated) business, and his wife Christine was lecturing in food science and human biology.  Graham was considering various retirement options, and Chris and Jon decided that they’d follow in Seymour’s footsteps and give it a try, for a year….!

Chris put her skills in the kitchen to excellent use, adding to the range initiated by Graham, picking up various awards and accolades along the way.  The list of products now includes chutneys, savoury jellies, sauces, marmalade, mincemeat and mustards.  Almost twenty years later, son Ben took on the reins as managing director in 2014, having worked in and out of the family business for fifteen years.

Having outgrown the company’s spiritual home in Budleigh, and with the lease set to expire in the not-too-distant-future, the difficult decision was taken to move. A year long search for a suitable site close to Budleigh proved fruitless, and moving out of the immediate area was a very emotional time.  Kind words from valued friends and neighbours helped, but Otter Vale will never forget its roots in Budleigh, and strong ties and happy memories remain.

Ben oversaw the move from Perriam’s Place to new, purpose-built kitchens in Cullompton, mid-Devon, with help from our small team.  The new kitchen and storage facilities in Cullompton opened up exciting opportunities for Otter Vale and its growing family of customers and suppliers. The layout and design were planned by Ben and the team to provide an efficient, comfortable and modern working environment from where cooking can continue in the traditional way – but with more “flow” and more space!  Within a number of months, Otter Vale gained SALSA (Safe And Local Supplier Approval) accreditation, a mark of our team’s commitment to high standards and integrity.

In 2018, we received the wonderful news that George of Georgie Porgie’s Puddings had negotiated the freehold on the old Otter Vale Products building on Perriam’s Place, and he has successfully gained planning permission to build a new outlet there – neatly completing the circle of our combined histories.  The Otter Vale family are delighted for George and his team, and we look forward to watching this new phase progress.

2018 also brought us to the Food Drink Devon Awards, where Otter Vale were named Best Brand 2018-2019, runners up in the Best Producer award, and our Redcurrant Jelly came away with a Food Drink Devon Gold award.

Having celebrate 40 perfectly preserved years of our original and much-loved Devon Chutney in 2019, we continue to develop and launch new and exciting products – including our latest Gold Award winners for which we teamed up with local craft specialists Exeter Gin and Two Drifters Rum:

– Marmalade with Ginger and Spiced Rum

In our dedicated kitchens, located on the outskirts of Cullompton in mid-Devon, we take great pride in the manufacture of all our products.

“Supporting local” is extremely important to our family and our business, and helps reduce any environmental impact.  Wherever possible we source our ingredients and packaging from local producers, or local suppliers.  Sadly, pineapples don’t grow in Cullompton – even with our famous Devonian climate!  We’re always happy to discuss the provenance of our ingredients and materials, so just ask.

There is only one product we don’t make ourselves, and that’s our Mango Chutney.  This is an authentic Indian chutney, which it says on the label (the rest of our products say Hand Made in Devon).  It is made on the west coast of India, and is imported and bottled by us.  It is a sweet chutney, with large chunks of under-ripe mango, and is not at all hot.

We peel all our onions by hand, making sure only the best flesh goes through to the cooking process. The onions and fruit are chopped up in oversized food processors which allow us to process about 8lbs of onions at a time. We check to make sure that the pieces aren’t too big or blended too small to become like a puree – it’s a bit like Goldilocks, they have to be ‘just right’.

When we moved to Cullompton we brought with us our two ex-Army surplus gas fired cooking pots, one of approximately 50 litres and another of approximately 100 litres.  The general process of making our chutneys involved onions being added to the pots with vinegar and the pots ‘lit’. After some time sugar would be added, with a small amount of salt if the recipe required it. Next, the fruit was added before the pot was allowed to heat up and cook the contents. When it reached the prerequisite temperature, the spices, cornflour and some more vinegar would be added. This was when the real work began as we carefully stirred the contents constantly to prevent the chutney ‘sticking’ and burning in the bottom of the pot.

When products are ready, we pour it into jars, or catering tubs. Until very recently all jars were filled using a litre jug and a funnel, really doing it all by hand!  We still pour many of our products this way, but we did forego tradition when we received an order for 30,000 of our small jars!! To preserve the health of our teams’ backs, which were constantly bending and straightening to pour the chutney, we bought a filling machine. This enabled us to fill all our small jars a lot more easily, cleanly and accurately.  Marmalade, piccalilli, salsa, coronation sauce, mincemeat, relishes and jellies and catering tubs are all still hand-filled, and you can still see our old brown jug that is used for this job – it’s been in the kitchen for longer than any of us!

We “hot fill” our containers, meaning that we do not have to adulterate the flavour, taste or texture by adding an extra process such as pasteurisation.  When they are cool enough to safely handle, they are labelled, and the jars are shrink wrapped for retail sale.  This is essential from a health and safety perspective, but primarily for food safety/potential allergen control.

So whilst our company grows and we gently add some modernisation, our commitment and heritage will always be to work with integrity and pride in delivering high quality products to you, our valued and discerning customer!  Whilst Otter Vale has won a number of awards, our biggest reward is hearing how our customers (and dare we say fans) enjoy what we make.

Otter Vale is a member of Grow Green Exeter, and we are committed to being as sustainable as possible.  As in all aspects of our business, we work internally and with external consultants and associations to ensure that we are working to the highest standards and as ethically as we can.

We are particularly focused on reducing unnecessary plastic use.  We have been trying to source a more sustainable shrink wrapping solution, but in the interim we “recycle” the off-cuts by collecting them on a wheel and using them for packaging parcels and orders from our on line shop.  This way, we feel we can avoid buying in inappropriate extra plastic packaging.

In 2016, we standardised the size of our catering tub, which has meant that there is less space between the top of the product and the top of the tub.  It doesn’t make much difference over one tub, but we use quite a few, and this simple change has meant we are using less plastic, even though our tubs are recyclable.

We deliberately choose not to use plastic inserts in our packaging and gift packs, despite the attractive end result.  We believe it’s a matter of principle.

At tastings and shows, we choose not to use single-use plastic tubs and spoons.  We serve on crackers, using (and re-using!) stainless steel spoons, and serving ramekins etc.  It might create crumbs, but these are cleaned up, are biodegradable, and don’t contribute to pollution of our water.

We use local cardboard packaging suppliers who are Forest Stewardship Council certified and members of various industry schemes including recycling.

We use British glass which comes to us from a south west company.  Using glass allows us to hot fill our retail-ready jars, and is of course recyclable – or re-usable at home if you fancy making some chutney of your own, like we do! 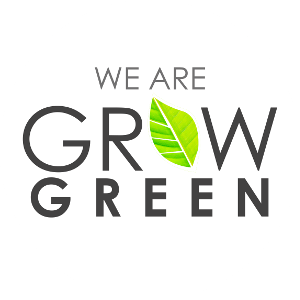 In 2018 we were delighted to be awarded grant support from the European Agricultural Fun for Rural Development/Rural Development Programme for England under the LEADER project.

This support has allowed us to extend and add to our kitchen facilities, with improved extraction, plumbing, insulation and additional flooring alongside a new cooking pot. Soon we’ll be searching for the right person to join our team!

We chose to work with small, local businesses like ourselves and have made many new friends in the process. A huge thank you to everyone who has supported us as we draw near to the end of the project in September 2019. We’ve enjoyed displaying our project poster at various shows throughout the county, region and all the way to London, and explaining how this funding has helped us to grow.